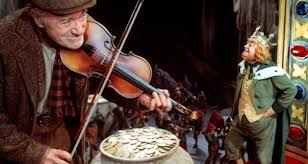 Nobody is going to punk her.

Today’s news carried the tragic report of an eight year old girl that died from injuries she had sustained several months ago. The details of the report, although few, are bizarre and shocking. The girl was at home with her family when she became involved in a game of Dare. Someone dares you to do something and if you do it you get to challenge them. If you don’t fulfill the dare, well, it depends on the group playing. This eight year old girl, surrounded by her family – adults and other children – was given the dare to drink a glass of boiling water using a straw. She accepted and the resulting injuries sent her to the hospital where, after several operations she was returned home, but with lingering complications. Two days ago she complained of breathing difficulties and before the arrival of an ambulance, she died.

Comprehending what type of family would allow this type of “game” to take place in the presence of adults is even really beyond the ability of someone that has seen a lot. But, what has left me absolutely shocked is the explanation and rationale of the events as explained by one of the adults witnessing the game – the little girl’s aunt. Going forward, I will refer to the little girl as, “Angel”.

Aunt to Reporter: Well, they were all playing that Dare game. Everyone knows you don’t dare Angel, because she will not be punked (note from Bill -while there are several definitions of the slang term, “being punked”, in this instance it refers to being made to feel someone’s inferior).  She will accept the dare and do it. Everyone knows that’s the way Angel is. So when they brought out the boiling water and dared her to drink it with a straw, she did. She wasn’t going to be punked. No, sir, nobody is going to punk her.

Angel, unfortunately, is not alone in refusing to be punked and then paying the consequences. Every day and I do mean every day, there are reports of people, many of them kids, shooting and being shot, killing and being killed. All of the old excuses for violence: the lack of jobs, the need for more gun control, poverty, poor housing, etc., etc., simply cannot explain what is going on. Here in Jacksonville we have an abundance of jobs, and good ones. What is considered to be a rundown neighborhood here would pass for a middle-class neighborhood in many cities up North. There are miles of beachfront and riverfront open to everyone, recreational opportunities are so many and so varied they can’t be counted. Most cost little or nothing. Yet, something is destroying us. Is it drugs? Is it families that teach their kids to not be punked, no matter what? What is happening?

For the sake of Angel and all the other Angels, we had better find out.

Faith, Photography and Stories From the Road

I'm going to get things wrong.